What is Domestic Violence?
The New York State Coalition against Domestic Violence defines domestic violence as a pattern of coercive behavior or tactics that is culturally learned and socially condoned. It can include physical, sexual, psychological, and economic abuse, and is perpetrated by one person against their intimate partner. Domestic violence can also be perpetrated by and/or against a member of the same family or household. Domestic violence does not discriminate based on race, socioeconomic status, gender identity, sex, sexual orientation, ethnicity, age, religious affiliation, or social location, but rather is perpetrated by abusers from all social groups. Every victim of domestic violence has the right to legal relief and supportive services. A Power and Control Perspective Wheel is below.

Domestic violence involves a range of behaviors which can include physical and sexual violence; using coercion and threats; using intimidation; using emotional abuse, using isolation; minimizing, denying and blaming; using children; using male privilege; and using economic abuse. These forms of abuse do not occur in isolation from each other, but rather occur simultaneously. The Power and Control model of Domestic Violence identifies power and control as the goal of all of these tactics of abuse because victims' experiences consistently indicate that the behavior of their partners is not random or arbitrary, but purposeful and systematic. The goal of abusers'
behavior is to exert control over their partners. This goal reflects their belief that they have a right and entitlement to control their intimate partners. The various forms of abuse, the different behaviors, are used a tactics of control. 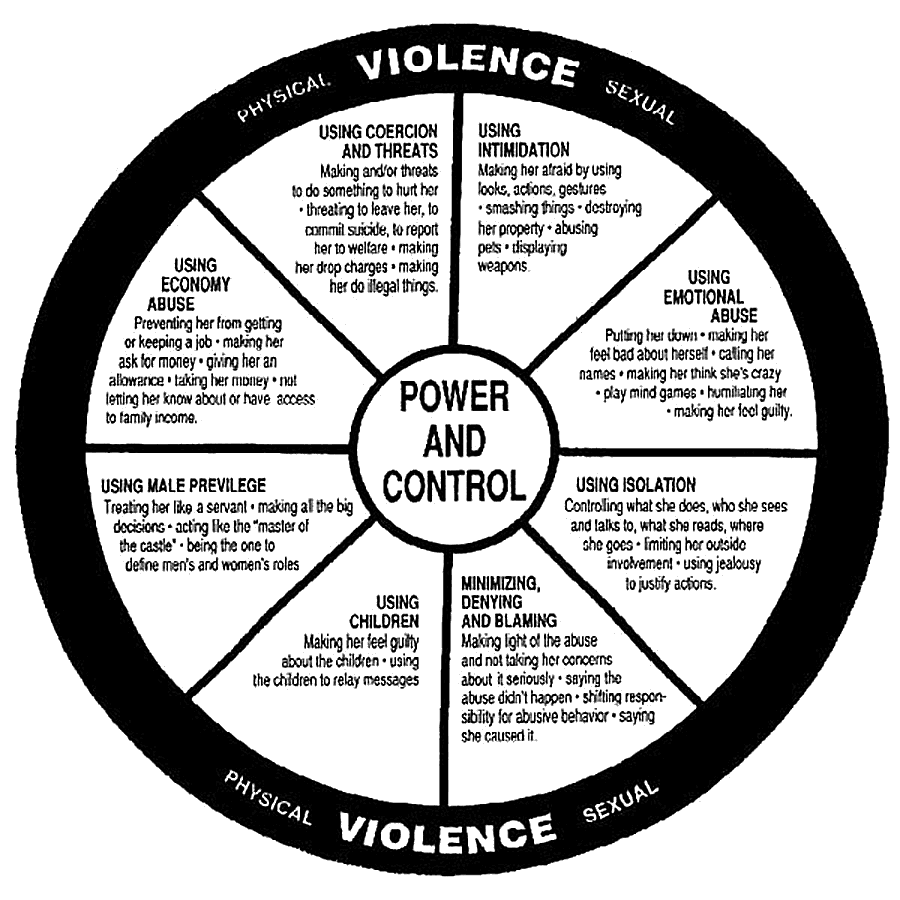 Based on the Power and Control Model developed by the Domestic Abuse Intervention Project, Duluth, Minnesota.